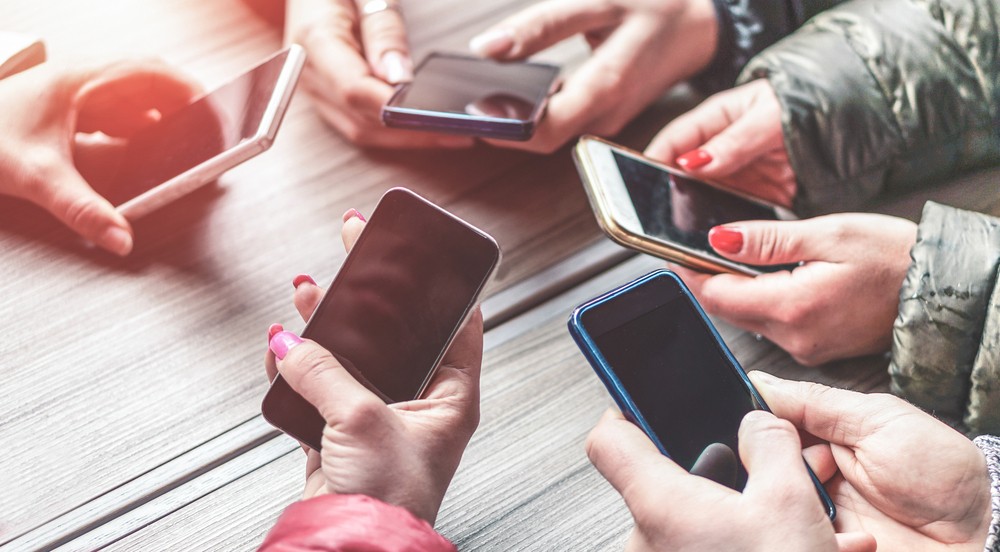 There have been many studies outlining the exact level that many individuals feel that they need to be connected or “plugged-in.” One such study,2 published in 2011, found that 41% of people reported that it was fine to be on their phone while at the dinner table. They continued to find that 74% of students didn’t think that it was a bad thing to text during class.2 However, it was a much smaller proportion that admitted to actually texting during class or a lecture. Nevertheless, it does seem that our culture is tethered to technology. According to Sean Casey, the president of Nielsen’s social division has been quoted saying, “when you think of Millennials, you think of social.”3

According to a forthcoming study, Samuel Veissière and Moriah Stendel4 postulate that this need to be connecting might not just be an addiction to technology.1 Rather, could it be that we are taking our human need for social interaction to the extreme.

In order to examine this theory better, we need to break down some of the perpetual assumptions that seem to stand in opposition. The first is that the technology addiction is only a millennial issue. A Nielson survey in 2016 found that, in fact, Gen-X (the generation immediately preceding millennials) is actually spending more time per day on average on their phones than their younger counterparts.3 Although the difference was small, it shouldn’t be ignored. The fact that they were so close at all brings an important idea to light: We cannot simply say that millennials are the only ones with a seeming addiction to their smartphones.

So then, it can’t just be something new. Generations long before millennials and even before the rise of technology have had a drive for social interaction.1 It is one of those evolutionary drives that has helped our species not only to survive but thrive.4

Another common idea to consider is the idea that technology distracts us from “real life.”5 In a Time Health article, Justin Worland6 argues that not only actively using a smartphone but having a cell phone in one’s line of sight while performing typical tasks or having a face-to-face connection can serve as a distraction. One study found that even being able to see someone else’s smartphone can be a significant distraction.7 This seems to reinforce the notion that we are losing the intimate connections established from one-on-one interaction.

Turkle8 suggests that these findings could be the result of an interesting paradox. Rather than focusing on the person(s) in the room with us, instead we are focused on the broader social network at our fingertips.8 Having a cell phone present in the room during the aforementioned experiment could have served as a reminder that there is a vast social network from which we can seek approval.6

Veissière and Stendel4 seem to support this idea by noting that we don’t seem to be addicted to the technology itself so much as we are the social interaction and network of connections and approval. Rather than needing to rely on direct or first-hand social interaction to satisfy our evolutionary drive for human association, our culture now has an option that can bypass this.

One other issue that is tacitly intertwined with the cellphone / technology addiction debate is the notion that we as a people are becoming more anxious and lonely. The idea that we are avoiding actual human contact in favor of the virtual connection has suggested that we are creating anxiety and loneliness in the later generations due to the lack of practical social interactions.7

However, some researchers have found that rather than inducing anxiety or loneliness, such behavior is based on preexisting feelings of anxiety or loneliness.9 The researchers found that it did not seem to be the presence of a phone that induced feelings of anxiety in a person. Instead, they found that people with social anxieties were more able to access social reinforcement without the need for social interaction. For instance, texting was more frequently utilized by anxious people in order to communicate so that they could escape the pressure of direct communication. Although in the long run this could prove to be harmful, it serves as an adequate tool to shape behaviors into more prosocial ones.

The researchers also found that people who suffered from loneliness were more able to access other people to escape the feelings of loneliness.9 Not only is communication more currently accessible but is also instant. Also, the study found that people were more likely to make a phone call to connect with another person, rather than the more impersonal texting. This allowed for more direct human connection without the need to be literally present with another person.

Social interaction is definitely a prosocial behavior.4 So then, how could we be addicted to something good and it have a negative impact? Just like the common phrase states: You can have too much of a good thing. That is precisely what seems to be happening in our time. Rather than gaining the neurological reinforcement in smaller doses over shorter periods of time, we are now getting it almost every minute of the day. Whenever we feel the need, we can just reach down to our phone and get the reward we crave.

What can be done, then? In order to finally rise above this suggested “addiction” that we have to social connection through these newfound technological routes, Veissière and Stendel4 use a phrase from Buddhist tradition: “We can learn to sate our hungry ghosts.” Much like Pavlov and his theory of conditioning, we have found ourselves neurologically conditioned with every notification buzzing from our phones. Rather than entirely abstaining from cell phone and technology use, it would be better to regain control and use our technology intentionally and responsibly.

With another generation growing up quickly, Veissière and Stendel encourage us to demonstrate particular care to set an example. Instead of allowing ourselves to become addicted to our technology and the neurological rewards we get every time we open a message or post on Facebook, researchers suggest that we set intentional times that we use our phone. Taking control of the situation and “reconditioning” ourselves is possibly the best way to address the cravings for social connection.

7. Przybylski, A. K., & Weinstein, N. (2013). Can you connect with me now? How the presence of mobile communication technology influences face-to-face conversation quality. Journal of Social and Personal Relationships, 30(3), 237-246.

8. Turkle, S. (2017). Alone together: Why we expect more from technology and less from each other. Hachette UK. 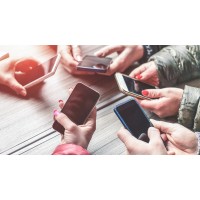