$14.99
Add to Wish List Add to Compare
Description:
Credits: 1 Credit Hour
Racial discrimination is a psychosocial stressor that has been linked to adverse mental health outcomes. However, the presence or absence of racial discrimination can be ambiguous. Elements of racial identity may determine how ambiguous negative experiences are interpreted, and later reported, in racial discrimination survey measures.
Be the first to review this product
In stock
SKU
1219CE
Skip to the end of the images gallery 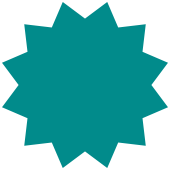 Skip to the beginning of the images gallery
Frequently Purchased CE Courses:
Details

This Course is for: Clinical Psychologists, Counselors, and MFTs

Social Workers: Association for the Advanced Training in the Behavioral Sciences is recognized by the New York State Education Department's State Board for Social Work as an approved provider of continuing education for licensed social workers #SW-0112.

Counselors: Association for the Advanced Training in the Behavioral Sciences is recognized by the New York State Education Department's State Board for Mental Health Counselors as an approved provider of continuing education for licensed counselors #MHC-0165.

The sponsor of this program has been approved to offer Continuing Education credit for Certified Addiction Specialists (CAS) in accordance with the American Academy of Health Care Providers in the Addictive Disorders. Approval No. 20-1420.

Continuing Education licensing requirements vary by jurisdiction, are not always well defined and may even supersede the rules of a national accreditation organization. We recommend you contact the applicable state licensing board or accrediting organization for the latest regulations and specific requirements of your state when considering our programs for Continuing Education credit.

AATBS is fully committed to conducting all activities in strict conformance with the major mental health approving boards. AATBS will comply with all legal and ethical responsibilities to be non-discriminatory in promotional activities, program content and in the treatment of program participants. The monitoring and assessment of compliance with these standards will be the responsibility of the Program Director in consultation with the members of the continuing education committee.

Customer satisfaction is important to us. If you are unsatisfied for any reason, please send your complaint or questions in writing to info@aatbs.com. You can view our refund policy here.